It’s no secret that all animals have their own distinctive personality - especially cats. Anyone who has owned a cat for a period of time can tell you that once you get to know them, these personality traits become more defined (and more loveable!) as time goes on. However, being a cat parent to a kitty who’s overly skittish can be concerning. Not only because it can really cut into that quality snuggle time, but also for that cat’s sake. If you have a kitty who’s “overly skittish” behavior leaves you at a dead end, there are steps you can take towards understanding why Snowball seems on high alert.

When it comes to evolution, cats sit in the rare in-between of predators and prey. They are agile hunters who use their cunning and dexterity to catch even the quickest of mice. However, in the wild, cats must also be astute to their surroundings, for even the ferocious tiger is not completely safe from larger animals such as elephants and bears. Lions must also be on the look-out for rival males who would challenge the leader of a pride and devastate the family structure if successful. In the urban jungle, stray cats must defend themselves against other animals, including coyotes and other feral creatures. Needless to say, the outside world can be a chaotic place for a kitty, and it’s no wonder he or she would develop certain fears and phobias as a means of survival. 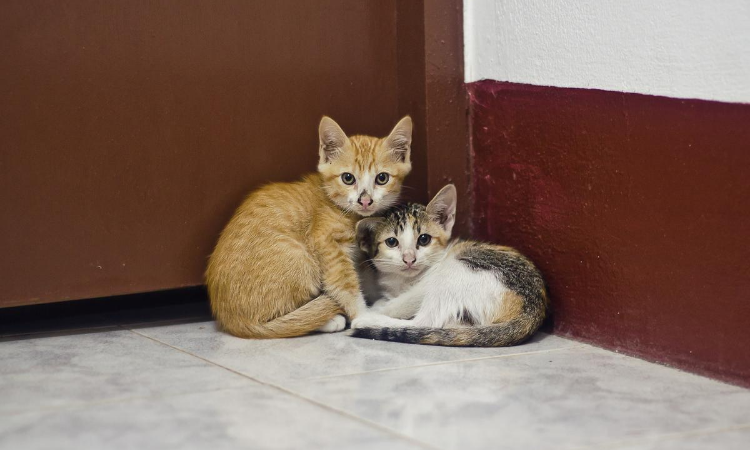 From Street To Shelter

If your nervous kitty was adopted from a shelter, know that it’s not uncommon for shelter kitties to be a little “on edge” when they first arrive. Even though shelters do their best to take care of street cats and lost animals, working hard to match each and every fur baby with their forever home, it’s hard to convince a kitty who’s used to a tough life on the streets that being in a shelter is the better alternative. Why? Simply because it’s a dive into the unknown, which can be very stressful for both cats and humans alike. Who can blame them?

A phobia is defined as “an irrational fear of something that’s unlikely to cause harm”. For the most part, the “irrational” part is what comes most into play when we talk about phobias. A phobia, though “irrational” on the surface, is usually linked to a deep-seated instinctual reaction, and feral cats are, if nothing else, creatures of instinct. For instance, an animal who acts particularly aggressive towards men may have had a nasty past where one or more men were abusive or cruel towards them. It would stand to reason, then, that that animal would remember that interaction and learn to fear it in order to avoid it, and thus survive to see another day. For a feral cat, (or post-feral cat), even though these threats have been eliminated, it’s not unusual for the anxiety to stick around for a while. But there is good news! With lots of love and patience, quelling these anxieties is possible, and the first step towards doing so is understanding what they are and where they come from. The second step, of course, is working towards a solution. 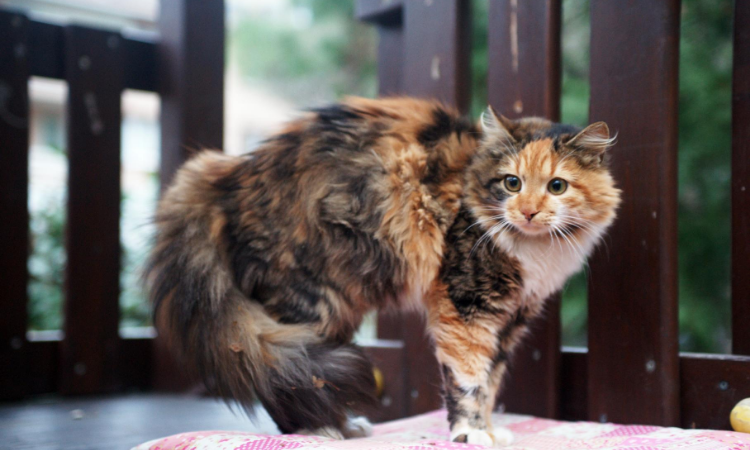 In review, the two major causes for anxiety are trauma and simple fear of the unknown. If your kitty is experiencing anxiety, those are the two most common places to look. So, what can you do? If your furry friend has had either a negative experience with humans or no experience at all, then socializing them is the key to relieving them from what phobias they may carry with them. Step one: always speak calmly and quietly. Loud, abrupt noises and action are a common phobia among cats, and approaching them with a gentle demeanor and slow, deliberate movement will help to build trust. Step two: when you can, lay down as close to your cat as she will tolerate. Make a habit of doing this, and she will become used to it. Another common phobia cats have? People, places, and things which are unfamiliar to them. So, of course, the only way to remedy that is to make yourself familiar, of course! It won’t happen overnight, but all good things happen in due time. 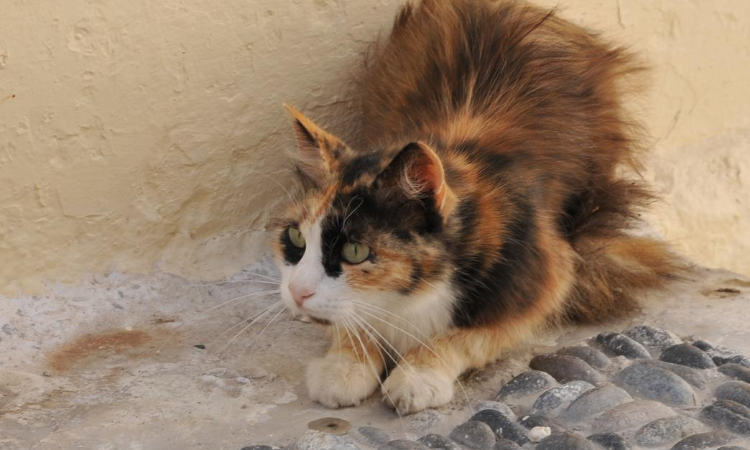 Step three: make eye contact, and blink slowly. The “slow blink” is similar to a kiss, but like, the cat version. Even from afar, showing affection to your furbaby will help them to feel more at ease and secure in your presence. Other notes: remember that treats make excellent positive reinforcement. You can also try to introduce play time with cat toys and similar activities, but if your kitty looks more distressed than interested, let her set the pace. Other than that, the process of building trust with your cat is a bit of a “wash, rinse, repeat” type of process. Building trust takes time, and soothing any type of phobia, regardless of whether or not it is rooted in trauma, requires lots of patience and commitment. However, the payoff is certainly worth it to have a happy, well-adjusted kitty!

The Life Cycle of a Kitten Foster Parent